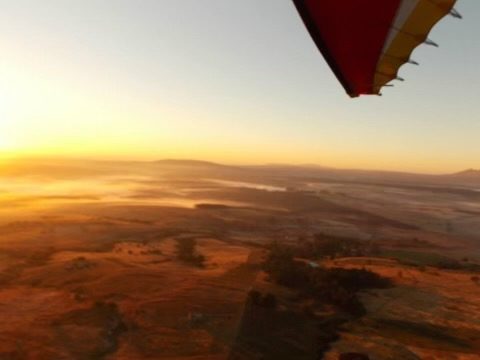 Life threatens to make us weary.  Endless deadlines, responsibilities, and to-do lists overwhelm us. We long for a way to escape when we feel we can no longer endure. The words, you should,and I need become heavy weights of expectation. It is impossible to rise above the world’s constant state of crisis on our own.  And yet, when we wait with hopeful anticipation for God to change our circumstances, He strengthens us and carries our weight for us.

The Bible verse I rely on is found in Isaiah 40:31 (NIV). With these words, God reassures us: Those who wait on the Lord will renew their strength.  They will soar on wings like eagles—God’s wings.

If you have ever watched an eagle catch an air current, ascending high above the earth, its 8-foot wingspan appears nearly motionless. It seems as if they rely on endless, invisible sources of energy.  Like the eagle, God never tires. His greatness is not that He is simply powerful, but that He nurtures the weak and makes them strong.

Known in ancient Hebrew culture as fierce warriors, eagles are also the most attentive parents of all bird species. If a baby eagle begins to struggle in flight, the adult flies underneath it and allows the eaglet to rest in safety upon its back.  Like the eagle, He holds us when we fail.

When storms hit, eagles fly far above the danger.  God is never affected by our conditions, but He rules over all, carrying us with Him, away from our grief, our anger, our stress.  In hardships, we look to Him as the One who makes all things work for our good.

It reminds me of taking a microlight flight over the farmlands of South Africa. Jordan Cox, a registered nurse from Denver, volunteered at Emmaus Hospital in the Drakensberg Mountains for a summer.  She recently shared her story of how she let go of uncertainty, chose to trust, and experienced serenity found only in faith during such a flight.  She tells us:

My friend from South Africa was determined to get me up in the air in a microlight. We arrived at the hangar before dawn, greeted by a small aircraft engine groaning and grinding as it attempted to start.  The pilot smiled weakly and reassured us the microlight was a little cold and simply needed to wake up.

As the butterflies in my stomach took flight on their own, I promised myself no more adventures that involved removing my feet from the earth.  Enclosed in the dark, listening to the engine attempting to turn over, I lost a good portion of my faith that this contraption could take flight.  All too soon, the engine started.  I stood next to the pilot and we pointed the microlight toward the bumpy farm runway as the sun rose.

I braced myself for takeoff with only one eye open and hands clenched around the handlebar. The cool frosty air nipped my nose as we left the security of the solid ground.

Suddenly, the sun began to cast a golden light over the vast South African landscape. Excitement replaced the fear surging through my veins. I could fly!

My moment of joy suddenly evaporated as my pilot informed me he was turning off the engine—the same engine that hesitated to start on land. He wanted me to experience what it was like to glide silently. I didn’t like this option!  I simply wanted to land! And then I realized I had a better choice.

I decided to trust. Instead of projecting what could happen, I relied on the pilot, his knowledge and his care. He looked at me for my approval, and I nodded my head in agreement.

A profound silence replaced the sound of the engine.

The stillness overwhelmed me with a rush of peace. I heard nothing.  I thought: This is what the birds of the air feel like.  Weightless. Peaceful. Free.

I no longer worried about the engine. And all too soon, it sputtered back to life.  Everything I feared dissipated once I understood the gift God had waiting for me in the sky once I let go and believed.

That same serenity is waiting for you too.  God doesn’t want your emotions to tether to the land of what needs to be done next.  He promises when you let your faith take flight, you can wait with hope and trust, believing He will raise you above your circumstances. You will ride upon His power, His strength, and His courage to a respite filled with tranquility.

We use cookies on our website to give you the most relevant experience by remembering your preferences and repeat visits. By clicking “Accept”, you consent to the use of ALL the cookies.
Do not sell my personal information.
Cookie SettingsAccept
Manage consent

This website uses cookies to improve your experience while you navigate through the website. Out of these, the cookies that are categorized as necessary are stored on your browser as they are essential for the working of basic functionalities of the website. We also use third-party cookies that help us analyze and understand how you use this website. These cookies will be stored in your browser only with your consent. You also have the option to opt-out of these cookies. But opting out of some of these cookies may affect your browsing experience.
Necessary Always Enabled
Necessary cookies are absolutely essential for the website to function properly. These cookies ensure basic functionalities and security features of the website, anonymously.
Functional
Functional cookies help to perform certain functionalities like sharing the content of the website on social media platforms, collect feedbacks, and other third-party features.
Performance
Performance cookies are used to understand and analyze the key performance indexes of the website which helps in delivering a better user experience for the visitors.
Analytics
Analytical cookies are used to understand how visitors interact with the website. These cookies help provide information on metrics the number of visitors, bounce rate, traffic source, etc.
Advertisement
Advertisement cookies are used to provide visitors with relevant ads and marketing campaigns. These cookies track visitors across websites and collect information to provide customized ads.
Others
Other uncategorized cookies are those that are being analyzed and have not been classified into a category as yet.
SAVE & ACCEPT